I believe that deep within us the power to heal, grow and change is vibrant and alive. Regardless of how challenging our circumstances may be when we can tap into that natural vibrancy and begin to experience it regularly positive change begins.

What matters is that we find what is right for us and seek it out so we can tap into our inner vibrancy and aliveness regularly.  A number of years ago a young man growing up in Cambridge Ohio discovered his own vibrancy in the healing power  of music.

Almost everyone in his family was musical and in honor of his grandfather’s career as a talented fiddle, banjo and guitar player in the early 1900’s he picked up his guitar and banjo and taught himself how to play. With his guitar and banjo in his hands the  music transformed him and his music became a way to heal himself.

As a professional musician Wayne Haught calls what he does “spiritual music with the dirt of life on it.”  His songs are put together in such a way as to explore how grace, wisdom, and healing are as likely to come to someone who is not directly seeking them, as they are to someone who fervently is


In his new album “Fingers” with his voice and guitar Wayne reminds us that no matter how much pain or fear we are living with today, things are always changing and we all have the opportunity to just let go and begin to change which is the story of: (click on this link to hear Wayne at Soundcloud):

Singing from a high lonesome place deep down in his soul, Haught finds the emotional heart in his new release “Fingers.” Whether he’s delivering wailing almost bluegrass, dark-tinged folk, infectious rockabilly, or bluesy talking verse Wayne engages listener’s with a lived-in voice that makes everything he sings sound absolutely real.

Peter Case, legendary three-time Grammy-nominated folksinger, produced “Fingers.”  Musicians who have toured or recorded with Bob Dylan, Emmylou Harris, Eric Clapton and many more played with beautiful spontaneous excitement throughout the 10 songs on the record.

A beautiful example of tapping into one’s inner awareness and using music to heal can be heard in his song Guitar Prayer. (Click this link for the video of Wayne performing):
Guitar Prayer 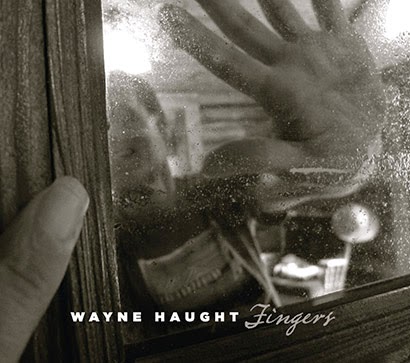 Special thanks to Wayne Haught for sharing his music and thoughts. To find out more about Wayne visit his website: www.waynehaught.com or purchase his new cd at:"Fingers"

Please continue to share your healing adventures. You can reach me via the contact box listed next to this article.


You might also enjoy: Love Healing and Finding Your Own Wholeness
The Number One Healing Secret
What Does Healing Mean?

You probably already heard “eat your vegetables” but today there is a new dietary mantra for improving memory, focus, cognition and  preventing or even reversing some of the effects of Alzheimer’s.

Over 70 international studies now document the benefits of green tea, not only for memory and brain related diseases but also for cardiovascular disease, insulin resistance, obesity, cancer and auto immune disease. 1

36 million people around the world have Alzheimers. 1 out of every 3 seniors  is believed to have some form of Alzheimers or demential related illness. 2

Using sophisticate brain scans researchers  have been able to observe and document remarkable  memory and brain benefits from green tea. More studies are underway because it is now clear there is great potential for green tea to help  those with Alzheimer’s, dementia, Parkison’s and other diseases of the brain. It also can improve a normal adult’s memory and ability to perform mental tasks.

The cortex creates our thoughts, feelings and memories

A wrinkled layer of nerve tissue called the cortex  covers most of the brain. The nerve tissue of the cortex is what allows us to think, reason, learn and remember. This is the area most affected by Alzheimer’s disease, dementia and other neurodegenerative brain diseases like Parkinson’s, MS and ADEM.3

Billions of nerve cells or neurons reside in the cortex and they communicate with one another by sending nerve impulse signals along their nerve pathways.  Healthy nerve cells in the brain are densely clustered and look like tree branches in a forest with the tips of the leaves on each branch reaching out to one another.

The nerve impulses carry a slight electrical charge which allows them to jump from one nerve cell to another. As they cross the gaps or synapses between each nerve cell neurotransmitters or brain chemicals help move the signals along.

Inside each neuron a very well organized internal structure made of Tau protein allows proper nutrients to move easily within the nerve cells to keep them alive.

Protein that was once normal undergoes enzymatic changes. A sticky plaque like protein called beta amyloid breaks the nerve cells apart and makes the pieces stick together. The electrical charges that allow the nerve impulses to travel simply can’t make it through the sticky plaque. Neurotransmitters can no longer be produced and the neurons are destroyed.

The tau protein which maintains the interior structure of the neurons also changes. It gets tangled up, disintegrates so vital nutrients can no longer nourish and keep the neurons alive.

As these nerve cells begin to die-the brain actually becomes smaller. Inflammation develops in the affected areas. The cortex shrinks and hardens  while  fluid filled areas of the brain called ventricles enlarge.

AD takes away memory of loved ones, destroys the ability to communicate or even take care of one’s self.  Memory, thoughts, the ability to plan and understands things are gone. 3

A powerful antioxidant in green tea is epigallocatechion-3-gallate or EGCG. It is the EGCG which is the powerhouse nutrient of green tea.

EGCG appears to both dissolve the sticky plaque in the brain and regulate the naturally occurring enzymes in the brain. This allows the toxic byproducts of the beta amyloid plaque to be neutralized. 5

As this occurs the brain cells can respond to the neurotransmitters and the brains ability to think and remember can be restored and protected.

ECGC in green tea stimulates the production of
new nerve cells in the brain:

In an aging, inflamed and diseased brain it can be very difficult to grow new nerve cells. ECGC also stimulates the growth of new neurons in the same areas that Alzheimer’s causes nerve cell death. 6

How much green tea do we need to drink?

You can also use a daily dose of 750 mgs of green tea extract. Fortunately, the caffeine in tea has nothing to do with these benefits so decaffeinated tea or extract from green tea brings the same benefits. 6

If your memory, focus or ability to think clearly are not as sharp as you would like….think about drinking a few cups of green tea on a regular basis.


I enjoy hearing about your adventures in healing so let me know how you are doing.

You might also enjoy: Nutrition and Your Brain
Mice, Memory and Creating Your Inner Light
Environmental Toxicity and You


#a world that works for everyone

I am available for professional consultation through the email contact form above. I consult from my office in Santa Rosa, Monday through Friday with an occasional Saturday.

When you contact me I will send you an intake form that takes approximately 15 minutes to complete and after that we will make an appointment to consult either in person or by phone.

First time clients are eligible for a $50 discount on the first session.

Follow up session prices vary depending on the nature of what you need.

Hawaiin Sacred Temple Bodywork Sessions is $80 for one hour. Plan to schedule an extra 20 minutes to rest after the session.

Amazon Verified Customer Review: Edward, I bought your new book yesterday and read it last night! I have to tell you....I finally "Get it"!! I cannot tell you how many times I've tried to read the Bhagavad Gita, but never got very far before I realized I had no idea what was going on. But after reading your primer, I now get it and feel quite confident that when I pull the full Monty version down from the shelf I won't feel nearly as lost!! Really was such a great read! I'm glad it can live on my Kindle. I anticipate reading it often! Thank you so much!!! Loved it! LouAnn Thomas